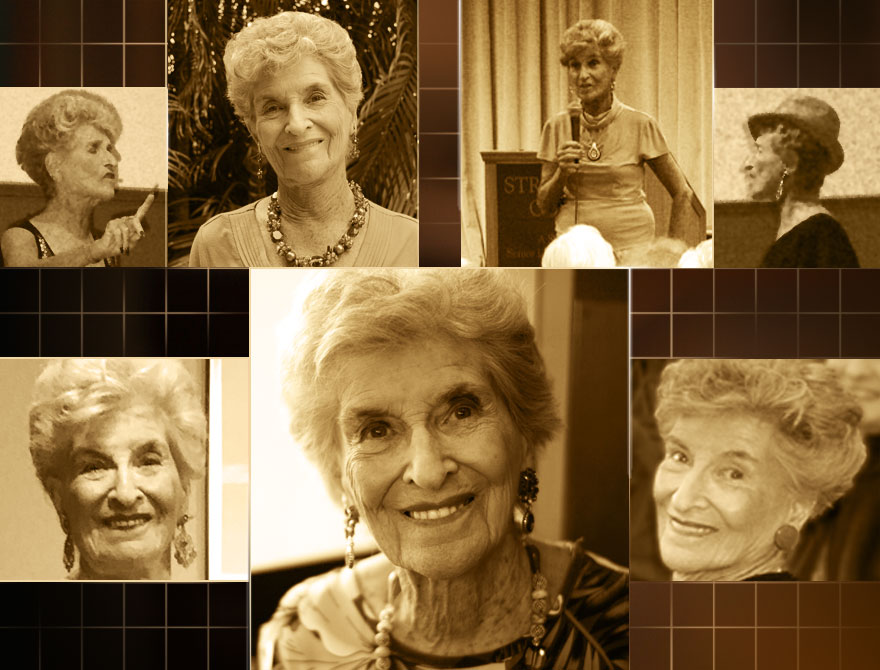 A Tribute to a Great Educator: Myrna Goldberger

In the death of Myrna Goldberger Florida Atlantic University’s Osher Lifelong Learning Institute has lost one of its great educators or as she would have said “edutainers.” She died on Monday, January 30, 2020, at the age of 90.

“Myrna was a much-loved instructor at the Osher Lifelong Learning Institute at FAU,” said Benjamin Joella, MM, associate executive director, FAU Osher Lifelong Learning Institute in Boca Raton. “She had one of the sharpest minds I’ve ever come across. I never saw her reference a note on stage in all of the years that I knew her, and the number of original plays and lectures that she wrote was truly impressive.”

Goldberger was a presenter for more than 25 years at the FAU OLLI Boca Raton and Jupiter locations. In addition, she presented programs to organizations, communities, independent living facilities and special interest groups in Florida and in other states. She was educated at the University of Maryland, Loyola College, and Johns Hopkins University, and had more than 50 years of experience in the field of education.

Goldberger wrote and presented over 110 lectures and 50 one-act plays about famous people in history. She was known as the instructor who made history come alive with a personal flair. Her plays focused on famous American men and women and included such personalities as Dr. Oz, Dr. Phil, the Vanderbilts, Rose Kennedy, Larry King, Jeff Bezos-founder of Amazon, the Churchills, Bernie Marcus, and Arthur Blank – The Home Depot founders, and many more.

Goldberger’s students called themselves “Myrna’s Groupies,” and described her as “charismatic, knowledgeable and dynamic.”

FAU OLLI Jupiter hosted a Day of Tribute to Goldberger in 2010, and she was the recipient of the 1999 Excellence in Teaching Award at FAU, and the 1996 Teacher of the Year Award at Catonsville Community College in Baltimore, Maryland.

She is predeceased by her husband Arnold Goldberger and she is survived by her children: Gary (Deborah), Daniel Goldberger (Suanne) and Gail Goetz; her son-in-law Charles Goetz; her grandchildren, Jeffrey (Amanda), Ariel (Chad), Allyson, Jennifer, and Stephanie; and her great-grandchildren, Avery and Kaia.

She will be greatly missed.