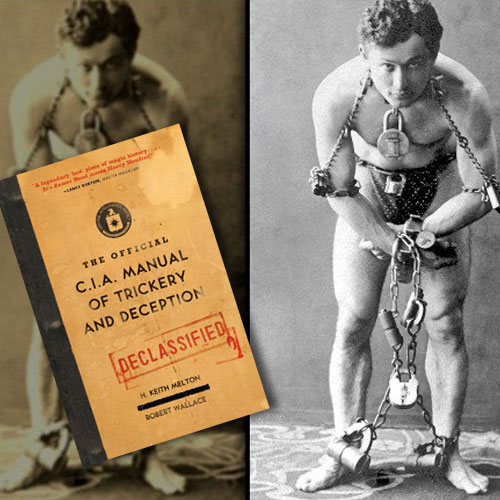 WPL02024 – The Perfection of Deception:  Magicians Who Have Changed History!

Magicians keep secrets…that’s their job! Would it surprise you to know that governments around the world have used stage magician’s specialized talents to achieve their goals? For example… Did you know that Houdini was a SPY for the U.S. Secret Service?  Did you know that Winston Churchill credited a magician with changing the direction of World War II? These are just two of the facts you will discover during Maurer’s lecture about magicians who have affected history in ways you would have never have expected! Discover one magician who illuminated his backyard with electricity decades before Thomas Edison had even invented the light bulb! A magician, who was asked by his government to use his magic to stop a political uprising. Another who wrote “Manuals of Deception” for the CIA that are still in use today! And one magician, who used principles of magic to win one of the major battles of World War II! It is a fascinating evening filled with mystery and intrigue – peppered with just a “little bit of magic” – about magicians who have literally changed world history. This lecture is a fun and intriguing presentation that will amaze anyone who enjoys history, political science, psychology and human nature!