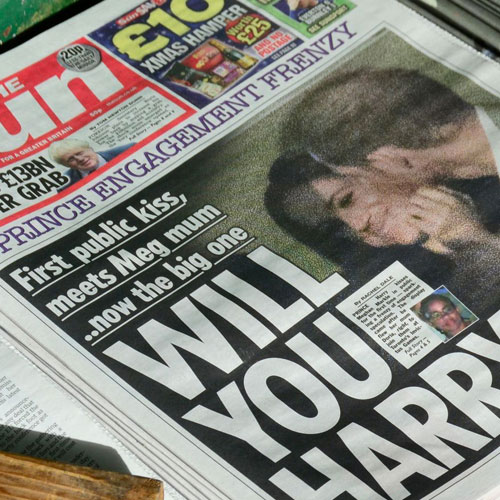 From the first British scandal sheets of the 1770s until now, tabloids have infuriated and entertained millions of readers on both sides of the Atlantic. Join Marcus for a discussion of the tabloid press from its origins through the “race to the bottom” between Pulitzer and Hearst. She discusses the roles powerful tabloid institutions have played in shaping public opinion on topics ranging from American politics to the British royal family. Even Prince Harry, Duke of Sussex, could not tame the British tabloids, and neither could his mother, with disastrous results. In this country, comedian Carol Burnett had more luck, winning a landmark lawsuit for libel against The National Enquirer in 1976, inspiring suits by other celebrities. Marcus addresses questions such as: Who reads the tabloids? Do the tabloids serve a function? Why are they so popular here and abroad? Her lecture includes a colorful PowerPoint presentation.