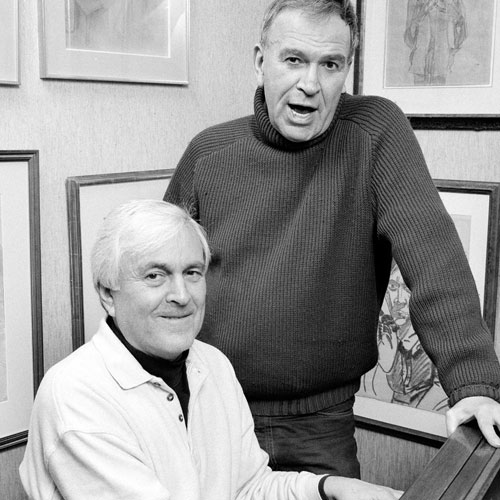 For some 40 years, composer John Kander and lyricist Fred Ebb delighted and sometimes disturbed Broadway audiences with musicals that combined razzle dazzle with a hefty dose of cynicism. The team usually focused on misfits and underdogs and often addressed political or social issues, frequently played out against some kind of show business backdrop. Kander once said in an interview that they seemed to be most attracted to stories about “powerless people trying to survive.” Among their best and best-known works are “Cabaret”, “Chicago”, “Kiss of the Spider Woman”, and “The Scottsboro Boys”. Their first Broadway collaboration, “Flora, the Red Menace”, catapulted Liza Minnelli to stardom and marked the beginning of a long working relationship that included the Broadway shows “The Act” and “The Rink”, the films “Cabaret” and “New York, New York”, and the TV special “Liza with a Z”. This series will explore the extraordinary partnership of two artists whose very different outlooks and personalities combined to create some of musical theater’s most memorable shows and songs.