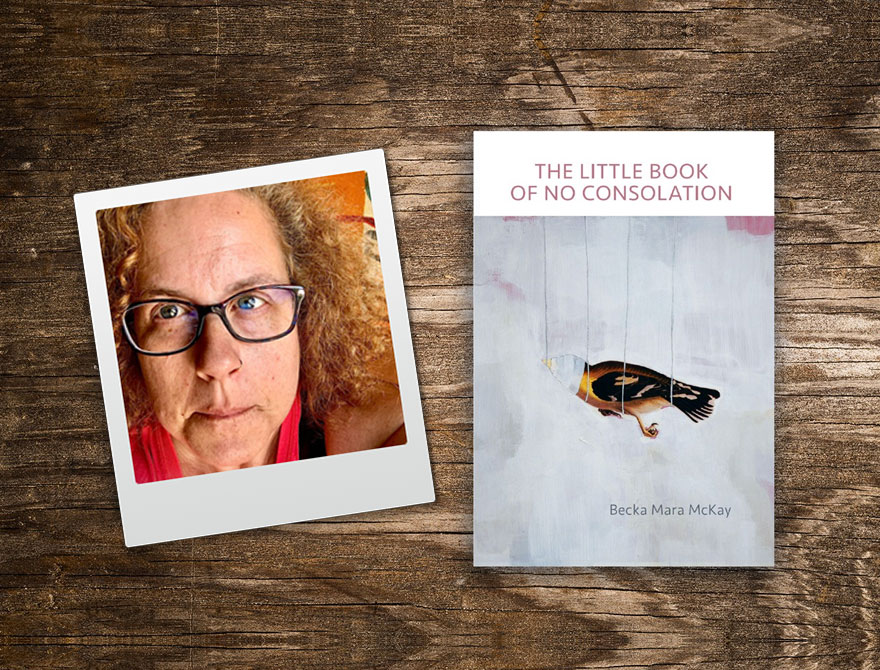 Becka Mara McKay, Ph.D., OLLI Boca Raton presenter, professor, and director of creative writing in the department of English, in the FAU Dorothy F. Schmidt College of Arts & Letters recently had her book of poems, “The Little Book of No Consolation,” published by Barrow Street Press. This is McKay’s second book of poems. Her first, “A Meteorologist in the Promised Land,” was published by Shearsman Books in 2010.

“When people ask me what I write about, I usually say ‘language.’ The process of writing a poem always begins with an exploration of language as I juxtapose words and lines in ways that reveal newer, stranger meanings. ‘The Little Book of No Consolation’ investigates the power and failure of language to name what matters to us, or at least what matters to me – primarily (it turns out) words and animals (not necessarily in that order). A few years ago, a lovely student of mine gave me a word-a-day calendar that consisted of forgotten words, and these calendar pages became part of my daily writing practice. The lost words became an organizing principle for the manuscript, as I considered, through the poems, how we retain the meanings and the rituals inside of language even as it changes. We still clean cemeteries (GRAVEYARD WORKING), we still struggle with the desire to remain in one place (INHABITIVENESS), we still make holes in wood (WOOD-WANT), even if the words change and sometimes vanish. My poems, I hope, are bridges to and from what vanishes – if I am doing anything new (and I hope I am), that is it: making bridges of language(s).”

Besides being a poet McKay is a translator of contemporary Israeli literature, and directs the master’s degree program in creative writing at FAU while serving as the faculty advisor to “Swamp Ape Review”.

McKay has published three translations of fiction from the Hebrew: “Laundry” (Autumn Hill Books, 2008), “Blue Has No South” (Clockroot, 2010), and “Lunar Savings Time” (Clockroot, 2011). She has received awards and grants from the Seattle Arts Commission and the American Literary Translators Association, and a Witter Byner Poetry Translation Residency.

In 2006 she was nominated for a Pushcart Prize. Her poems and translations have appeared in American Letters & Commentary, ACM, Third Coast, The Iowa Review, Hotel Amerika, Rhino, Natural Bridge, Rattapallax, and elsewhere.

McKay has been honored with the Lifelong Learning Professorship of Arts and Letters for 2020-21.