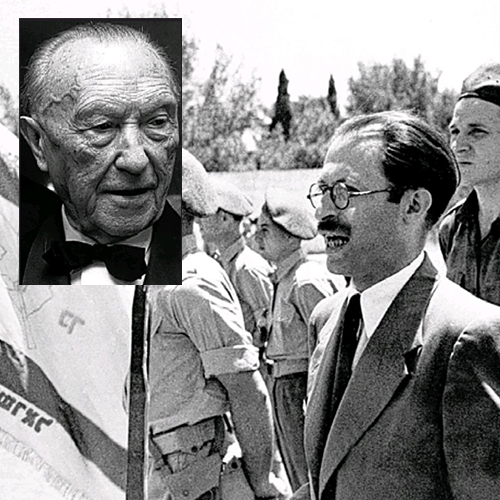 WPL01133 – Paying for the Holocaust: The Controversial Reparations Agreement Between Israel and West Germany, and the Plot to Kill Adenauer

In 1952, Menachem Begin—who later became Prime Minister of Israel and who shared the Nobel Peace Prize with Egypt’s Anwar Sadat in 1978—masterminded and funded an assassination attempt against West Germany’s Chancellor, Konrad Adenauer. Why he would do such a thing is the focus of this lecture. Adenauer and Moshe Sharett, Israel’s foreign minister, had just signed the Reparations Agreement between Israel and West Germany. This agreement committed West Germany to pay Israel for the slave labor and persecution of Jews during the Holocaust, and to compensate for Jewish property that was stolen by the Nazis. For Adenauer, reparations (Wiedergutmachung) were of paramount importance—so why an attempt by Begin to kill the Chancellor? In history, singular personalities sometimes play decisive roles. This was certainly the case with West Germany’s chancellor Konrad Adenauer and Israel’s Prime Minister David Ben Gurion, whose pragmatic approach and moral convictions prevailed over the controversy on both sides that accompanied the idea of paying for the Holocaust. This lecture outlines the motivation, leadership, opposition, and content of this unique bilateral agreement between West Germany and Israel, as well as its lasting legacy and historic importance.