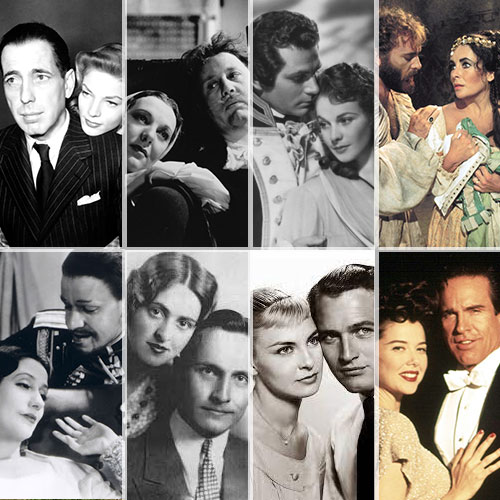 W484 – I Now Pronounce You Husband and Wife and Co-Stars: Husbands & Wives Who Starred in Movies Together

Most movie buffs are well aware of famous costarring teams: Powell & Loy, Tracy & Hepburn, Stanwyck and MacMurray. Lesser known are the costars who were married to one another in real life Interestingly, lawfully married couples rarely played husbands-and-wives on screen. The eight films we will screen costar real-life husbands and wives. With few exceptions, these couples had amongst the longest marriages in all Hollywood history.