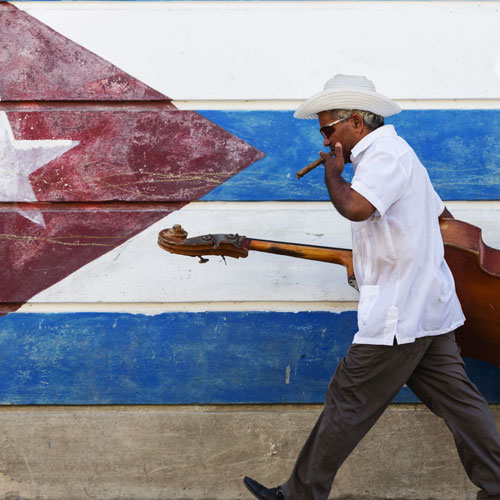 When the Soviet Union collapsed at the turn of the 1990s, its economic support for Cuba collapsed. Thus began the “Special Period in Time of Peace,” when Cuba faced severe economic depression. To help bolster the flow of tourism dollars to Cuba, the regime boosted funding to music conservatories and music education to promote the revitalization of the hotels and clubs. The net result was a creative explosion. Popular music began to evolve in a new direction, super-charged by classically-trained young virtuoso musicians who joined popular dance bands and poured their energies into their music. Thus, Timba was born! Similar to Salsa music, but “spice-ified” with dollops of Jazz, Funk, and Soul, blended seamlessly to create a not HOT “dish,” Timba remained true to its Afro-Cuban roots, but broke new rhythmics and melodic ground! This was the “Timba Revolution.” If you love Jazz, Latin Jazz, Salsa, and the Mambo-music-of-old, or if you just appreciate high levels of musicianship, you will be taken to new heights of musical ecstasy when your ears get treated to Timba!