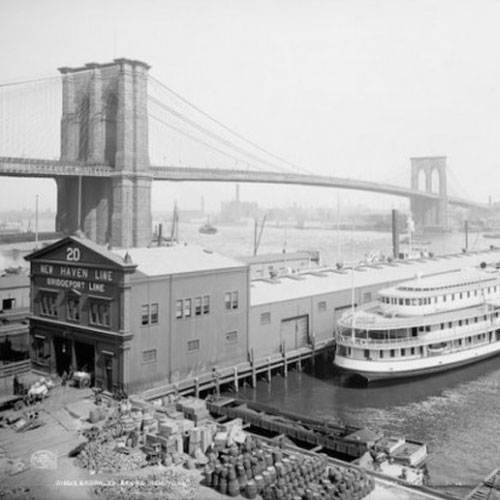 FPL12072 – Painting the Town: Cityscapes of New York from Colonial Times to the Big Apple

In the early 17th century, an anonymous Dutch artist drew a landscape scene that depicted a small shoreline settlement with a fort, windmill, and few dozen wooden houses. At first glance, it looks like a typical Dutch seaside village of that era, but the caption reveals that itÕs ÒNieuw AmsterdamÓ on an American island that the Lenape Indians called ÒManna-hata.Ó A parade of paintings that document, depict and interpret the 300-year growth of little New Amsterdam into the sprawling Big Apple will be examined. From colonial times on, artists have always seen New York City as a messy but fascinating and hopeful work in progress. Sometimes their paintings are breathtaking in their beauty, sometimes they are disturbing and resonate with the same social and civic problems that are still with us today. Ervin will take you on a visual tour to see the surprising origins of many of New YorkÕs iconic landmarks. Whether or not you are a native New Yorker, this lecture is sure to put you in Òa New York State of Mind.Ó Perhaps youÕll never look at New York City in the same way again.